After being defeated by impunctual planning and hoards of tourists, my goal of marveling in Gaudí’s grand marvel Sagrada Familia was unfulfilled. (Tip: Remember to buy your tickets online so that they don’t sell out).

Today was supposed to be “architecture day” where I seek out every possible Gaudí building in Barcelona. I wanted to see what all the marvel was about. Slightly flustered, I decide to set sights on another Gaudí delight in Park Guëll.

After 30 minutes of walking (and being distracted by two empanadas later), I decide to cab it the rest of the way up to the park. Upon entering, I’m greeted delightfully with sunshine and less chaos than the soup of tourists at Sagrada Familia. I walk into the free portion of the park and see stone arch formations that seem like the signature neo-gothic curves that Gaudí is revered for. These stone arches serve as a natural amphitheater with rocks formed into thrones. Suddenly, I hear a Catalan guitarist play in the background. The sounds of the strings are soothing.

I’ve been listening to Elizabeth Gilbert’s “Big Magic: Creative Living Beyond Fear” and it seemed as if I needed to ingest this book just at the right time. In the book, Elizabeth mentions that inspirational ideas will always try to find you. The right ideas will always try to find you. And right now, as I sit on this step I wonder if through the subconscious of the book, the world and universe may have conspired for me to end up here at this park instead of my intended destination (as with other things in life). Sometimes, it’s not about what you THINK you want, but it’s about what’s best for you. After being graced with the presence of this view, the peacefulness of nature and the sounds of the guitar strings, my soul agrees – this is what’s best for me right now.

I’ve not climbed a mountainside in the park. I saw some people come down from a hill (I’m not even sure if it’s really a part of the park since there was no path) and started ascending. As I write, the chill of the wind can certainly be felt and my hair whips in the wind. This graffiti covered rock may not be the most comfortable thing to sit on right now but the views are certainly impressive. This must be a place that locals frequent because I don’t see many tourists here.

Talk about things not intended for you today…if THIS view of Barcelona and the Balearic sea was where I was supposed to end up, I will HAPPILY accept! Time for the signature Instagram picture and time to write. 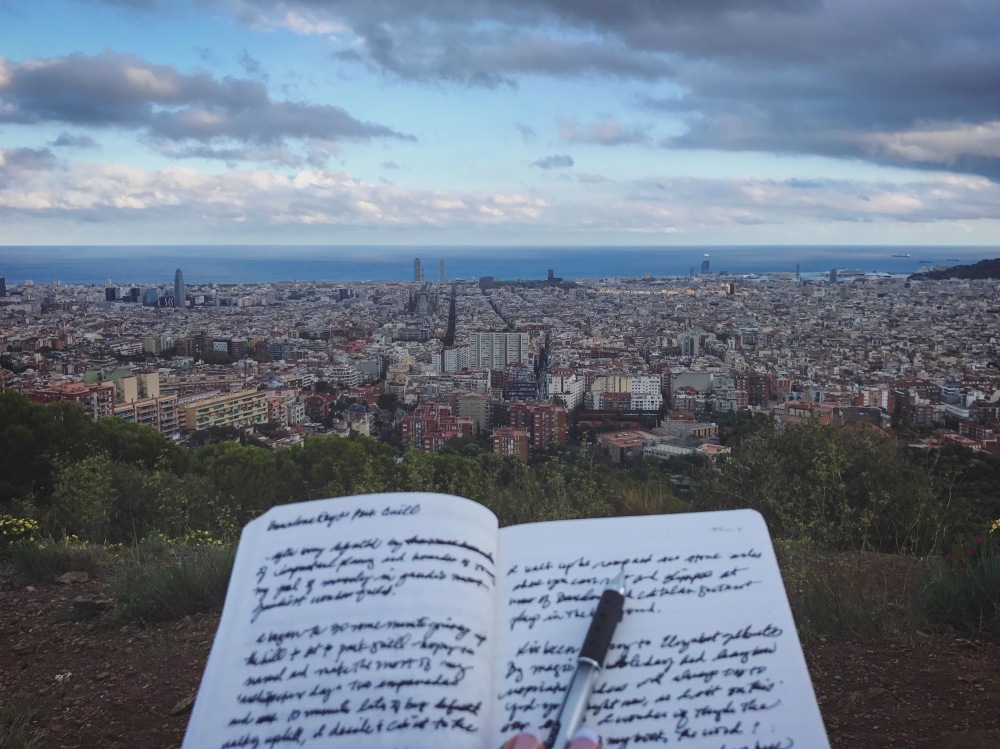 It’s actually quite nice to be able to sit in quiet and grow in nature today. No wonder sometimes people write in total silence. With the wind, the chill, the golden light of the sun and this view, this is absolute peace for my brain. I call upon Elizabeth, asking if she can hear me. If she’s seen all the dogs that I’ve run into. Perhaps this moment and today was just meant for me to get lost. Take detours. Make the most of them. And then try again tomorrow. 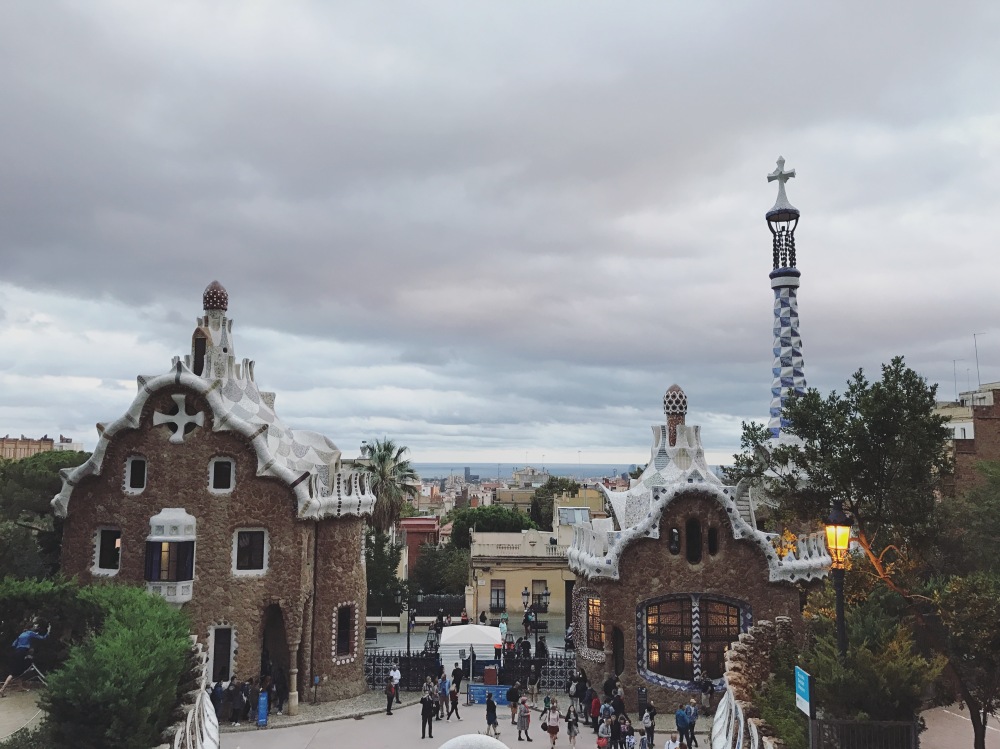 I went back down to the park and like a pen of bulls, tourists who bought entry tickets into the monument start spilling into the monument area. One by one, each lines up to take the obligatory selfie or stand in front of some grand structure to commemorate that they’ve been there. Now don’t get me wrong, I’m guilty of this too (but I’d like to think I’m a bit more creative about it :)). However now, I am sensorially overwhelmed by the number of people in a cattle call to take a picture with the lizard fountain. I decide to sit back and wait for the crowds to leave before I play around with the light that’s left of the day.