Also known as the literal expression of Farm-To-Table cuisine.This might be one of the best lesser known adventures in Quebec. This region is a foodie’s DREAM.

Better yet, call it the modern day foraging destination.

While most Canadians come to Charlevoix to ski during the winter and revel in the mountainous terrain, I came here for the food.

I discovered Charlevoix while reading up on some other travel blogs for Quebec. Several blogs/vlogs mention this area as an amazing place for skiing & nature. And then I stumbled upon this.

The idea of meeting local farmers and artisinal producers had a certain charm that I couldn’t resist. As I wandered through the day, I met several mom & pop producers who were LITERALLY operating and selling their food straight from their farms and/or homes. If you like countryside scenery and TRULY like the rustic experience of Farm-to-Table finds, then you’ll like the flavor trail. Just keep in mind that this “Trail” is as raw as it gets and isn’t as sexy as something you would expect out of Napa or Sonoma. So, here are my top tips on how to wander the Flavour Trail!

How to Wander the Flavor Trail: 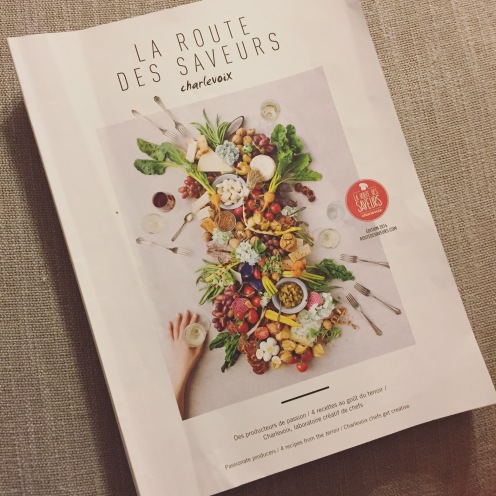 The Guide to the Trail!

Maps & Summaries of all the Producers!

What I loved about the Flavor Trail was meeting the local producers and hearing them tell me about why they got into producing what they produced and why they cared so much about the food coming from the Charlevoix region. Their care and craftsmanship was art to them and it was so humbling to get a glimpse of how earnest their passions were. From the husband & wife duo to the larger cheese & wine operation, you get to see the farm to table movement from a different perspective that isn’t all shiny and polished in some chic trendy restaurant.

Hungry yet? Here’s a short list of some of the most interesting stops I visited during my two days in Charlevoix. Hopefully this will whet your appetite to visit this undiscovered region! 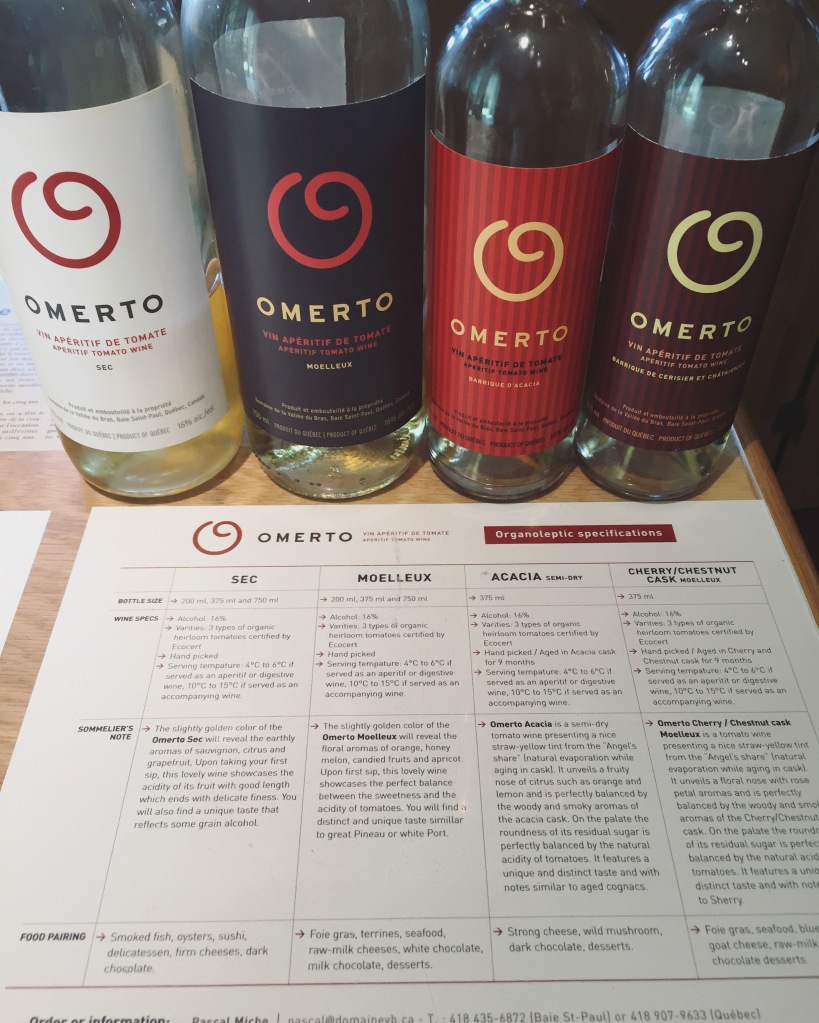 1. Omerto – Wine from Heirloom tomatoes? Well, when you have an abundant tomato crop in Belgium and don’t know what to do with it before it spoils, you learn how to make wine. This husband and wife duo learned how to make its Tomato wine from the husband’s grandfather who perfected his craft in Belgium. Driving up to their home to taste and sample the Tomato Wine was educational. The views on the road to their small, garage run tasting room were breathtaking.

I didn’t know what to expect with the Tomato wine, but I will admit I was curious. Because of the sugars in tomatoes, the alcohol content in tomato wine is a bit higher (16%) but is also more stable after opening. I was pleasantly surprised as I tasted four wines (some aged in Oak) that reminded me of Sake or Sherry. The couple was also very passionate about what they were doing in the region.

2. Chacun a Son Pain – This is a popular boulangerie in the area. While it is located in the middle of a shopping center (instead of a cute roadside operation) this place seriously made me swoon with all its smells the moment I walked in the door. I bought a baguette as the starter for my picnic and couldn’t even wait to eat it. Once I got back in the car, I tore off the end piece and delighted in the wonderful sound of the crust crackling into the soft and pillowy center of the baguette. 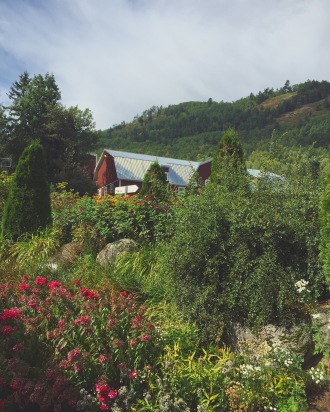 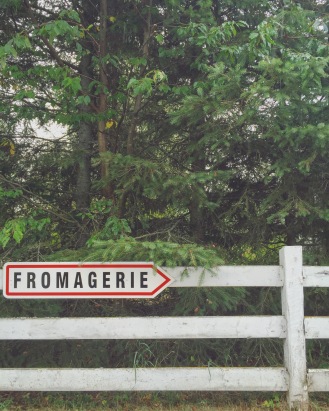 3. Famille Migneron, Maison Maurice Dufour Fromageries – After meeting and chatting with locals, everyone said I HAD to come here for the cheese & wine. A well known fromagerie in the area, this stop was a treat with its views and its cheese. After driving through the gates you are welcomed with great views of the mountain, a quaint barn, well kept gardens and views of a vineyard. You can sample all the cheese here and then purchase. My favorite? The Secret de Maurice – a soft ripened cheese that was milky, creamy, salty and buttery when opened. Seriously. I’ve had nothing like it. Gooey heaven. 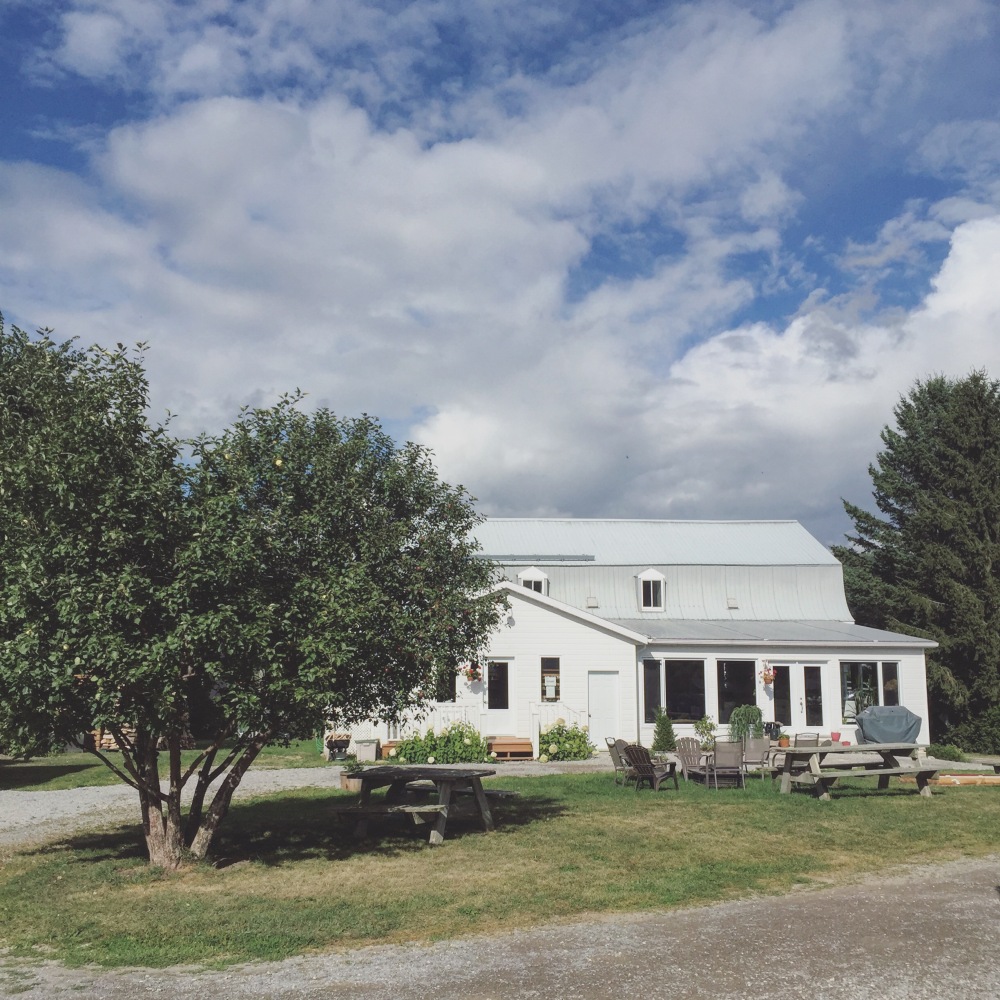 4. La Ferme Basque – This small farm is known for its duck products (also known as Canard in French). From Duck breasts, to Foie Gras or Duck Proscuitto, this basque style farm was the PERFECT trifecta of secluded, rustic and scenic. This was my last stop on my lunch mission and was also where I decided to eat all my finds. Here I bought one of my new favorite French delicacies that my brother-in-law introduced me to, Terrine. The Terrine de Canard was the perfect fatty yet salty compliment to my baguette and the cheese from Maurice Dufour.

5. La Laterie de Charlevoix – Another Fromagerie in the area, this is also a popular spot for picnics and collecting all the saucisson, fromage and other delectables in one spot. I stopped here in hopes that I would be able to sample more cheese but was too full to even muster up another bite. 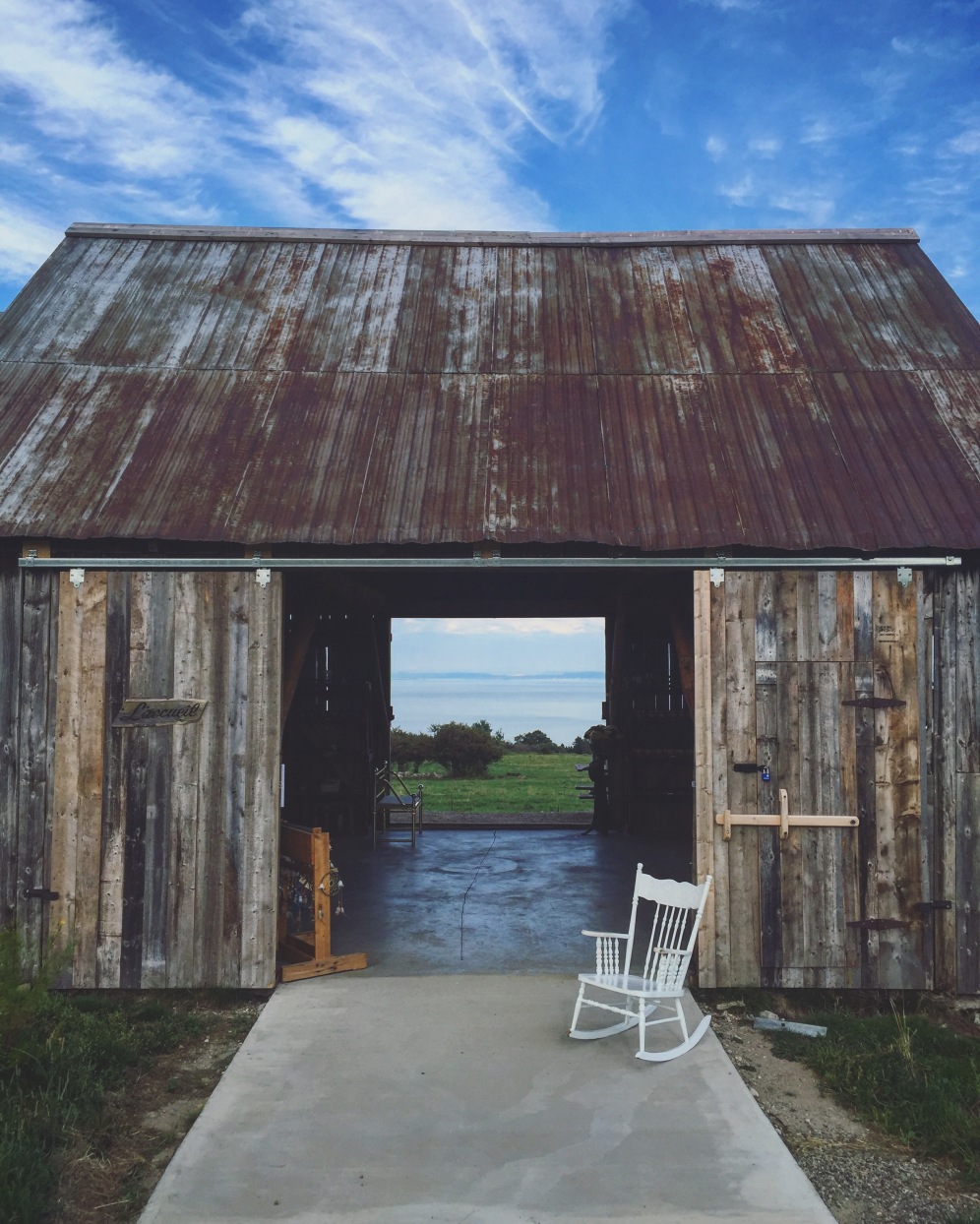 6. Miellerie du Cratere de Charlevoix – This was one of the cutest stops driving from La Malbaie to Baie St. Paul along the 362 (scenic river route) through Les Eboulements. This little honey farm has FANTASTIC views, delicious creamed honey and many other local farm treats.

Other stops recommended (but I skipped):

7. Emu Farm – Everyone said the emus here were quite popular but I couldn’t quite bring myself here (after being traumatized by coming up close and personal with an Emu in Australia). I hear it’s popular though!